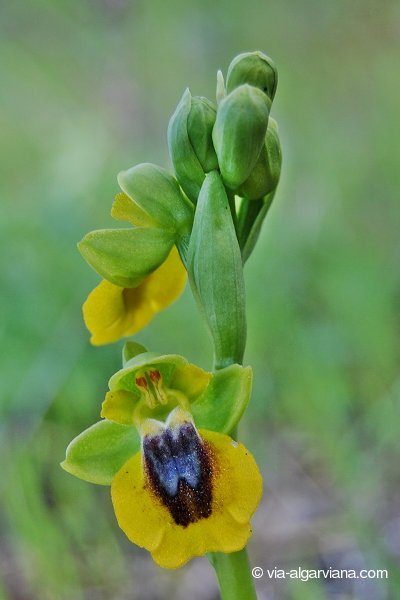 Algarve: There are about 400,000 people living in an area of 5,411 km2. The Atlantic to the south of Portugal lies between the land mass of northern Europe and the north of Africa with its desert regions. The characteristic climate is a combination of mild but damp winters and long, dry, hot summers.

From April to October, there is very little rain, and, should hikers be taken by surprise by showers in April, sunshine will not be far behind. From June onwards, it is just sunny, and occasionally somewhat muggy and stormy.

In the winter months, however, it can rain continuously for several weeks, especially when the wind blows clouds from the south-west from the Atlantic over the land masses. Frost and minus temperatures are very rare, and if they do occur they are more likely in the Algarve uplands and only at night with north and north-westerly winds.

The climate determines what plant life grows in the Algarve. The first botanist who visited the Algarve was Felix d’Avelar Brotero (1744-1828). It is thanks to him that all the plants on the Iberian Peninsula were recorded, catalogued and sketched. Another important source about “Algarve” is the famous book from David Wright and Patrick Swift, published in February 1965 by Barrie and Rockliff (Barrie Books Ltd.) 2 Clement’s Inn, London, W.C.2. and the book “Southern Portugal” from John and Madge Measure published in 1996 by D&N Publishing, Crowood Lane, Ramsbury, Marlbourough, Wiltshire SN8 2HR …

The Algarve is divided into three regions: the “litoral” – the southernmost coastal region with its beaches, the “barrocal” – the hinterland to the north, and the “serra” – the uplands of Monchique in the north-east, and of Caldeirão in the north-east. My Via Algarviana leads through the hinterland and uplands of the Algarve, starting in the Planalto, the extreme north-east on the border with the Alentejo and with Extremadura. The vegetation of the northern Algarve is divided into forest, mountain countryside and scrubland, and fertile arable and grazing land, with springs and mountain streams, lakes and waterfalls.

There’s no need to mention tourism and its industry here. Both are given due space in other publications. There is still a traditional Algarve that is original. It earns its living mainly from agriculture and from fishing. Traditional agriculture is a blend of livestock farming with cows, sheep, goats and (Iberian) pigs; agroforestry, many different types of fruit tree and vineyards, as well as crops such as maize, rice, potatoes and all sorts of vegetables.

We meet goatherds and shepherds with their varied flocks in Alcoutim, Tavira, Loulé and in Silves, Monchique and Vila do Bispo. Near the parish of Salir (Loulé) we come across Idalio Ramos Martins and his goat’s milk cheesery. Between Vila da Bispo and the south-west cape, we are greeted by Manuel António Violente with his goats and sheep in the scrub- and heathland. In between, you can cross paths with cows grazing freely in the hills of Monchique. There are only a few donkeys and mules still living in the Portuguese interior. In the past, they were used for transporting the harvest to market, for ploughing the fields and for pumping the water from the Moorish wells on to the fields.

On our walk, we pass natural landscapes with many different species of tree and their fruits. Figs, carob, almonds and olives are the classic fruits of southern Portugal, which are harvested in the second half of the year. Figs are eaten fresh or dried. Carob (E471) is ground and added to many foodstuffs as a thickening agent, but mention must be made of it as a healthy substitute for cocoa. Almonds are used for making marzipan, among other things. All three fruits together appear in the Algarve’s traditional cuisine and confectionery.

Olive oil and paté come from the November olives which are also deliciously pickled in brine with garlic, oregano, bay leaf and lemon in brine. From winter through spring right into the early summer there are oranges, lemons, tangerines and grapefruit – the citrus fruits. Strawberries and avocados from March; medlars in April, cherries in May, peaches and apricots in June; mangos, wild blackberries and melons in July and August; grapes, apples, pears and bananas in the late summer; then persimmons and pomegranates … and much more. The gardens of the Algarve bear a wide range of different fruits all year round.

Again and again on our walks, we find the most varied and most beautiful gardens alongside the many abandoned farms – still, as long as these gardens are spared by tourism and its sightseers. There, in the spring, we hikers find farmers harvesting peas, carrots and broad beans. There are up to three harvests of potatoes per year; peanuts, beans, artichokes, garlic, onions, sunflowers and chilli peppers (better known locally as piri-piri) in the summer; the most varied herbs such as bay leaves, wild oregano, thyme and rosemary all year round; pumpkins, peppers, tomatoes, corn and sweet potatoes throughout the summer and autumn; cabbage, turnips and spinach etc. in the winter. After the first rains, people in the know gather chanterelles in the forest, and truffles too. 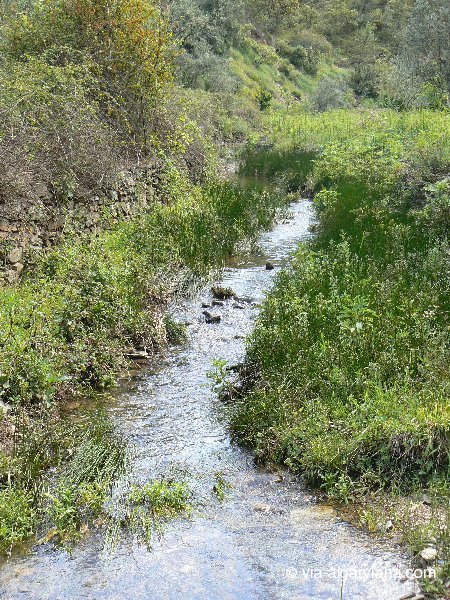 November, one of Monchique’s specialities is harvested: medronho, the round red fruit of a tree and bush, which is used in February as mash for 100 days for distilling brandy. At the beginning of November, the chestnut festival takes place with young, sweet red wine, right up to St Martin’s Day. Walnuts, passion fruit and plums complete the picture.

The best time for walking is undoubtedly April. The springs and streams are flowing, the lavender is in blossom, the wild orchids, the jacaranda, the cistus, the wild lillies, peonies and narcissus, oleander and bougainvillea, camomile and buttercups. Nature and its countless colourful creations accompany us hikers from Alcoutim to the south-west cape..

We hike through cork oak groves in Monchique, past centuries-old, moss-covered walls, follow narrow footpaths up into the mountains. On the other hand, we also walk under the motorway and cross the railway lines of the express trains near São Bartolomeu de Messines, walk for hours on end through firebreaks near Cachopo (Tavira). Industrial eucalyptus plantations accompany any walk through Portugal. When the weather’s nice, we can see Europe’s most south-westerly cape, from the 776-metre-high peak of Picota, a whole five days before the end of the walk – and a rare species of oak that only grows in Monchique.

Wild animals will also cross the paths of hikers. Colonies of bees and their keepers. Snakes and scorpions, mostly lying dead on a lonely tarred road. Geckos and chameleons, wild boar, foxes, weasels, genets, hares and perhaps a deer too, certainly eagles and storks, a multitude of butterflies and birds ranging from hoopoes and cuckoos to nightingales… 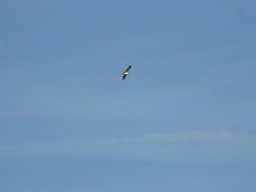 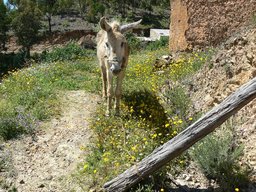 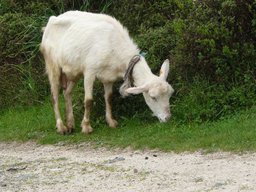 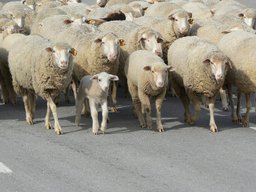 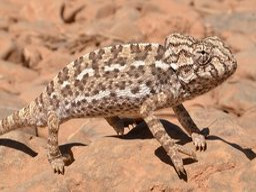 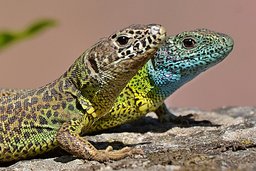 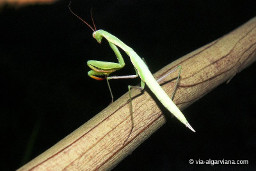 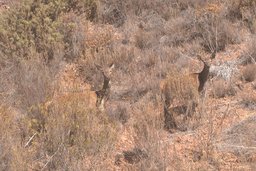 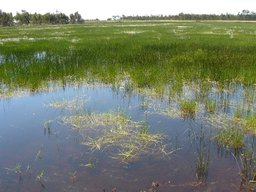 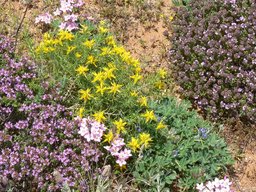 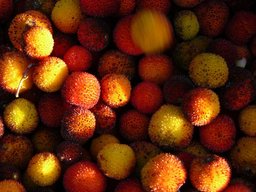 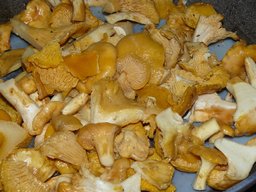 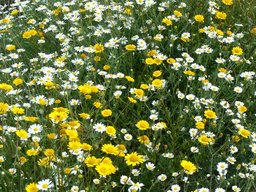