On Foot To The End Of The World

The film tells the story of a 328-kilometre walk crossing Portugal from Alcoutim to Cape St Vincent. The common thread: over the fortnight, different people crossed the four walkers’ path as they made their way along the old trail of St Vincent. A distiller of medronho firewater, farmers and wine-growers, a chicken farmer, two teachers, a gardener, a retired domestic worker, an olive-oil producer and a shepherd, along with many others. Also appearing in the film is the 82-year-old hermit Manuel Teixeira, the last remaining inhabitant of the … - See more at: The film - Revolutionary Roads 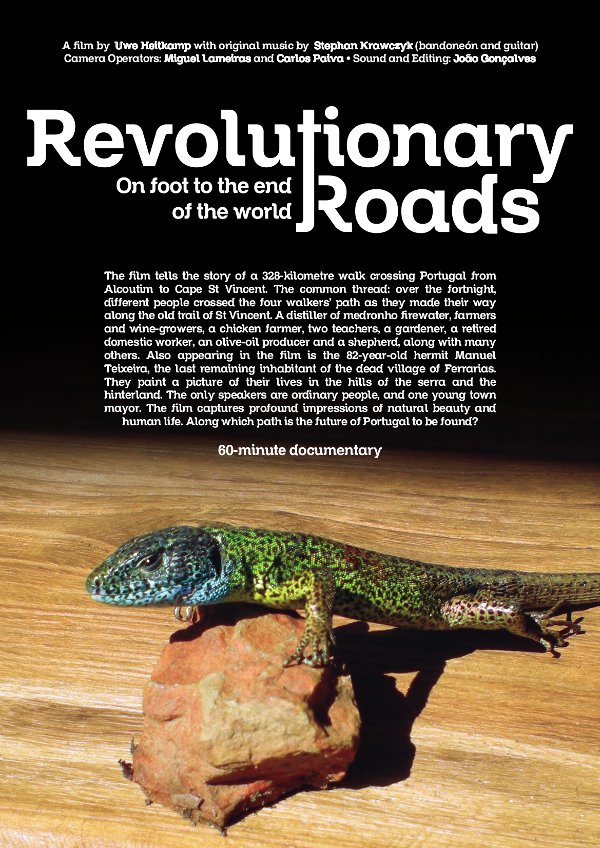